Seismic isolation is a response modification technique that reduces the effects of earthquakes on bridges and other structures. Isolation physically uncouples a bridge superstructure from the horizontal components of earthquake ground motion, leading to a substantial reduction in the forces generated by an earthquake. Improved performance is therefore possible for little or no extra cost. Uncoupling is achieved by interrupting mechanical devices with very low horizontal stiffness between the superstructure and substructure. These devices are called seismic isolation bearings Thus, when an isolated bridge is subjected to an earthquake, the deformation occurs in the isolators rather than the substructure elements. This greatly reduces the seismic forces and displacements transmitted from the superstructure to the substructures.

The mostly used type of devise for isolation is laminated Lead Rubber Bearing (LRB). By inserting this type of device we can lengthen the natural period of the bridge. This device accommodates the forces which are coming on the structure. In essence the lead core deforms (A temporary shape change that is self-reversing after the force is removed) under shear deformations, while dissipating energy. 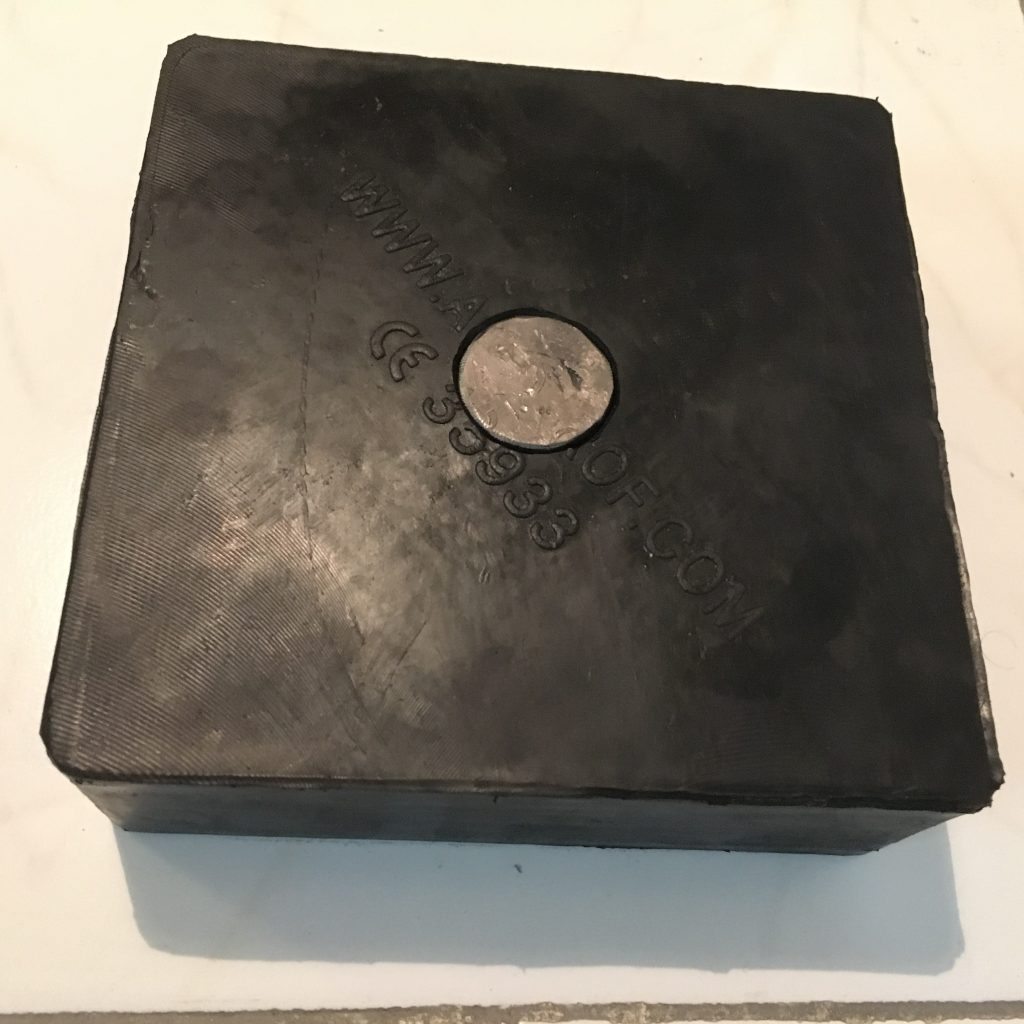